Board of Directors and Staff

Nominate yourself or someone else for our Board of Directors. We are currently looking for enthusiastic Board members. 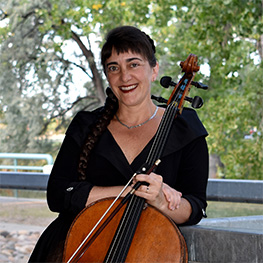 Calgary native Christine Bootland began her love affair of cello with her first teacher, Fay Johnson who instilled in her a love of all music. She later moved to John Kadz at Mount Royal College (now University) Academy of Music and completed a Bachelor of Music Performance degree at the University of British Columbia with Eric Wilson and participated in the Masters Program at the University of Toronto under the tutelage of Shauna Rolston.

Christine has been an active performer in various chamber ensembles and orchestras across Canada and was first prize winner in the CIBC National Chamber Music Festival Competition with the JEB Quartet. She is currently an active extra performer with the Lethbridge and Red Deer Symphonies as well as the Symphony of the Kootenays and the Calgary Philharmonic Orchestra. Her passion is to share her love of music through performing and teaching and doing educational outreach performance programs within the community. Christine's philosophy is to help create future generations of music lovers of all styles whether they be professionals, amateurs, or concert goers; each student is unique and her goal is to help them develop their own individuality and personality in their playing.

Christine has been on the faculty at Medicine Hat College Conservatory as cello instructor, ensemble coach, Academy Instructor and conductor and program coordinator for both the Community and Junior Orchestras since 2001 and the Bring Back the Music Program for public schools since 2013. In 2010 she was pleased to be invited to be a cello instructor at the University of Lethrbridge Conservatory of Music and is currently the String Academy Director of chamber music. 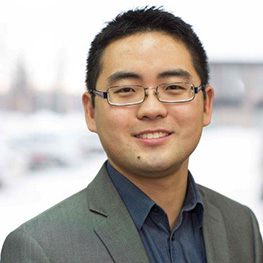 Once an accountant, always an accountant. Like a musician, Michael uses a keyboard to balance the debit and credit; Unlike a musician, he enjoys reading numbers than notes from sheets. He recently started his musical journey by taking his daughter, Mina, to piano and cello lessons.

Michael is a CPA, CGA and ACCA (UK), working as a controller for both private and public companies. He is currently working towards his business valuation designation, CBV. Born and raised in China, he is a natural bilingualist (English/Mandarin).

Aside from adding things up, he likes to read non-fiction books. He is also training for half-marathon, hopefully a full marathon in the future. More importantly, under his wife’s influence, he is a mandatory supporter of his daughter’s musical education. 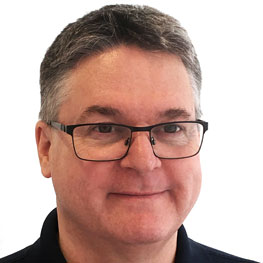 Mike Malone’s music studies include the University of Alberta where he studied a double major in Tuba and Composition. Later studies include private composition and arranging studies with Manus Sasonkin, Roger Deegan, Tom Banks and Mike Becker (locally) and Dell Hake and others state-side (Los Angeles).

Mike has been an assistant composer on TV shows such as The Simpsons, Star Trek Voyager, and King of the Hill. Currently he performs with various ensembles and musicals on tuba and bass (upright and electric) and owns and runs his recording studio, recording and streaming both audio and video.

Mike has also studied finance. He is a Certified Bookkeeper with training in financial planning, having completed the CFP (Certified Financial Planning) courses. Mike has also worked for the Servus Credit Union and London Life as a senior investment/insurance consultant. 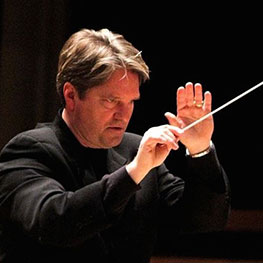 Hailed for his passion and natural musicianship, Rolf Bertsch has quickly become one of Canada’s leading conductors. Appointed Assistant Conductor of the Orchestre symphonique de Montréal by Charles Dutoit in January 2000 and named Conductor in Residence for the 2002-2003 and 2003-2004 seasons, he has built an impressive reputation as conductor, pianist, communicator, teacher and adjudicator. His career has spanned a wide spectrum of musical experience and styles and has taken him to Europe, the Orient, and throughout North and South America.

Laureate of numerous competitions, Rolf Bertsch served for many years as pianist of the Orchestre symphonique de Montréal and the National Arts Centre Orchestra in Ottawa, as well as solo pianist and subsequently, conductor for Les Grands Ballets Canadiens. His career as pianist has included a solo performance with the OSM in New York’s legendary Carnegie Hall.

Rolf Bertsch’s career took an important turn when he was named Resident Conductor of the Calgary Philharmonic Orchestra, a position he held from 1998-2001. During this highly successful tenure he also served as Music Director of the Calgary Civic Symphony Orchestra and Altius Brass, and worked regularly with Calgary’s chamber music ensemble Rosa Selvetica and at the University of Calgary.

Rolf Bertsch has conducted most of the orchestras in Canada including those of Montreal, Toronto, the National Arts Centre, Calgary, Edmonton, Québec, Kitchener-Waterloo, and Nova Scotia. He has collaborated with many of Canada’s and the world’s finest artists.

In the summer of 2005, he was part of an international faculty at the Canton International Summer Music Academy in Guangzhou, China. In the last year, he worked at the Canada Council for the Arts as the Program Officer for the Professional Orchestra and Opera/Music Theatre programs, overseeing the federal granting process for those communities.

Mr. Bertsch began his musical studies on the violin and went on to study piano, cello, composition, jazz, and conducting. He holds diplomas from a number of prestigious institutions including McGill University, the Mozarteum (Salzburg), the Conservatoire de musique du Québec (Montréal), the Folkwang Hochschule (Essen, Germany), and Phillips Academy (Andover, Massachusetts).

In addition to his duties as Music Director and Conductor of the Calgary Civic Symphony, he currently teaches piano and coaches Academy program students at the Mount Royal University Conservatory and works as a freelance conductor, pianist and arts consultant. 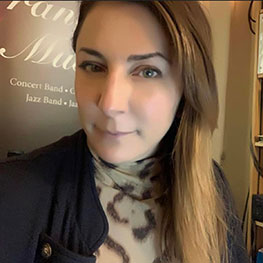 A graduate of the University of Calgary, Music Educator and Flautist Brigida Battistessa has been teaching bands and choirs for 25 years with the Calgary Catholic School District. She has studied both wind conducting, choral conducting and is a tireless advocate for the importance of music education in schools. She has served as a member of the Alberta Band Association’s Board of Directors, the Calgary Area Regional Fine Arts Council, and is now serving as a board member for the Alberta Music Education Foundation.

She completed her M.Ed with a focus on The Implications of the Performing Arts in Schools.

A proponent of lifelong learning, she attended the prestigious Resnick School at Carnegie Hall in NYC 2018 where she was part of an International Summer Music Educator workshop at the Weill Institute. She is currently music director at St. Francis High School in Calgary, Alberta, Canada. 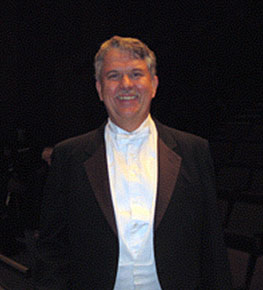 Mr. George has been an active professional musician in orchestras, chamber music, church music and jazz for over thirty years. He has performed in Canada, the United States, and Mexico, and is in demand as a clinician, adjudicator and guest conductor. He has taught at the University of Calgary, University of Lethbridge and Lethbridge College as well as public school music programs in Calgary, Lethbridge and Coaldale, and has served as Music Director in various churches for over twenty years. He has also been on the Alberta Band Association Board of Directors; as a member at large, and then as Treasurer. 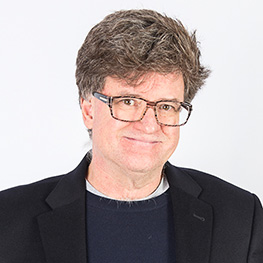 Jeremy Brown is a conductor, saxophonist, woodwind artist, author and Professor of Music and former Head of the Music Department at the University of Calgary. He has been both an artist-in-residence and lecturer at the Banff Centre for Arts and Creativity. Born in Seattle, Washington, he attended universities in New York, Ohio and Washington where he earned degrees in Music Education and Woodwind Performance.

His University of Calgary wind and jazz bands have been recognized for original programming and performing excellence; the U of C Jazz Orchestra won the Outstanding Ensemble Award at the 2013 Lionel Hampton Jazz Festival (Idaho) and 10 outstanding soloist awards at the 2014 Elmhurst Jazz Festival (Chicago).

Dr. Brown was the conductor of the 2017 National Youth Band of Canada. He is the artistic director and conductor of the Calgary Wind Symphony, considered among Canada’s premier wind bands. Founded in 1947, the CWS has performed under his direction at European festivals and conferences in 2004, 2011, and at the 2016 Music Conference Alberta as a featured ensemble. 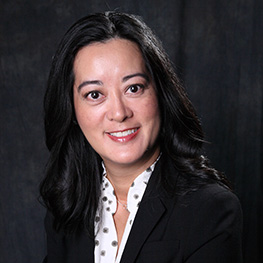 Crystal Krips has spent the majority of her life balancing a career in both music and business. Originally from Saskatoon, Saskatchewan, she started her musical career by taking piano lessons, followed quickly by flute lessons and band.

She holds a Bachelor of Arts in Music and a Bachelor of Commerce degree from the University of Saskatchewan, attained simultaneously. Following her formal education, Crystal attained her Certified Management Accountant designation and ARCT diploma. Crystal has worked for Syncrude Canada Limited, Keyano College, Cantando Festivals, and most recently, St. Albert & District Further Education Association, where she was the Executive Director.

She is in demand as a flute clinician, and she maintains a successful private studio of flute and piano students. Crystal plays piccolo and flute in the New Edmonton Wind Sinfonia. She brings a wealth of knowledge and experience to AMEF and is excited to combine her two passions. When not working or practicing, Crystal enjoys taking Pilates classes, walking her dog, and spending time with her family. 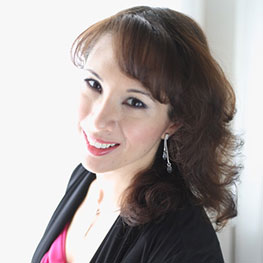 Mezzo Soprano Maura Sharkey-Pryma has enjoyed teaching voice and performance artistry to young and mature singers  for over 20 years, and instructs from both her private home studio and studio at the MacEwan Alberta College Conservatory of Music in Edmonton. She trains students in classical, musical theatre, contemporary commercial music, song interpretation, extensive breathing and vocal techniques. In addition to teaching, she serves as a provincial music festival vocal adjudicator.

Maura Sharkey-Pryma began voice study at the University of Alberta, continuing her training at the Salzburg Mozarteum Sommerakademie and with various Canadian opera training intensives. She has enjoyed a professional operatic career within Canada as well as the international stage. She is the 1998 winner of the Western Canadian Metropolitan Opera Council Auditions, a two-time award winner of the Johann Strauss Scholarship (1997, 1999), and recipient of the Anne Burrows Foundation Scholarship (2001). She also was proud to represent Canada at the Queen Elizabeth Music Competition in Belgium in 2004.

In addition to her work as a freelance vocalist, Maura proudly served on the Board of Directors of the Alberta Music Education Foundation (2011-2016). She has also co-authored a book with her husband Raymond entitled The Essential Music Recital Planner, a step-by-step customizable planner to assist music teachers and students in developing a successful recital. She is a proud member of the National Association of Teachers of Singing, the Alberta Registered Music Teachers' Association and the Canadian Music Festival Adjudicators Association.